• Lessons from Mimiko’s missed second chance
When the Independent National Electoral Commission (INEC) announced Governor Oluwarotimi Akeredolu as winner of last Saturday’s gubernatorial election in Ondo State, victory for the contest came by way of governors elected on the platform of All Progressives Congress (APC). From the poll numbers released by INEC, it was evident that the contest was a straight battle between the APC’s standard-bearer in the election, who is also the incumbent, Akeredolu, and candidate of opposition Peoples Democratic Party (PDP), Prof. Eyitayo Jegede SAN.

It was actually a contest between state governors on both political divides, because while those elected on the platform of APC turned the knowledge of their mistakes in Edo State into secret of success, their counterpart from PDP left their heads in the moon in anticipation of who takes the lion share of the credit, when victory is won.

And while the PDP governors, majority of whom are outsiders in Southwest politics dreamed of conquest, they carried on with the distant swagger that there was nothing to lose. But for those in APC, they felt the heat and pooled resources and ideas and strategies to retain their hold on the Sunshine State.

Shame of second straight loss
TWO things forced APC governors to reduce emphasis on 2023 calculations and rather focus on the battle at hand. One was the fear of the huge setback and monumental shame the party would suffer from two straight gubernatorial losses despite being in control at the federal level with the power of incumbency.

The gloating and chest-thumping by the PDP governors, especially those from the South-South, not only of vanquishing APC and mapping the party’s return path to the presidency, but also having the geopolitical zone would have come under one umbrella. It had a telling effect on APC.

There was also the unspoken claim that the Ondo governorship, like its Edo State counterpart, was an indirect referendum on the five years of the APC administration. Apart from the fact that President Muhammadu Buhari claims responsibility for the party’s loss of Edo, the governors, who knew the implication of the declining fortune of the party on their political futures, decided to take their destiny in their hands.

Winning back Ondo State therefore would not only restore APC’s bragging rights, but also ensure that the Southwest remains its bastion of support. In what came as a validation of that sentiment, Osun State governor, Oyetola, not long after Akeredolu was returned winner, commended the voters for re-electing the governor for a second term in office, especially for hearkening to his demand on them that “you don’t change a winning team.”

In a statement, a member of the 104 campaign council, Mr. Osita Okechukwu, said: “The APC National Campaign Council, led by Governor Babajide Sanwo-Olu, congratulates Governor Rotimi Akeredolu on his victory in Saturday’s governorship election in the state. For us in the APC, his victory and that of His Excellency, Godwin Obaseki, both products of APC in the last four years, have in no small measure defined our ideology -preference of devoting much more resources to physical infrastructural development to stomach infrastructure as per PDP.”

Okechukwu, who is also the Director General of Voice of Nigeria (VON), reiterated the position of the campaign council that the party didn’t harbour any fears of APC not winning Ondo State.

He stated that despite whatever anybody might say, “Akeredolu and Obaseki share a lot in common. One, they devoted much more resources in the past four years to physical infrastructural development than stomach infrastructure. This was why some elite are antagonistic to both.”

APC’s ‘we-feeling’ versus PDP’s infighting
ALREADY, the APC governors have continued to relish the outcome of the Ondo governorship election, perhaps because it has energised them into a we-feeling akin to that demonstrated by South-South governors after the Edo contest.

The newly re-elected governor, Akeredolu, in a message of appreciation, expressed gratitude to Governor Oyetola, saying, “You were in Ondo State twice in less than a month for solidarity support. I’m happy to have you as a colleague and brother governor; your commitment towards my re-election and the energy you are putting towards the progress of our party is excellent. So, having you as the leader of our great party in the Southwest is one of the best things that has happened to us here.”

It would be recalled that the Osun governor led a strong delegation comprising his deputy, chief of staff, deputy chief of staff and some cabinet members to Akure for the re-election campaign flag-off of Akeredolu.

Watchers of APC politics of intrigues recall how division between the state governors and one of the party’s national leaders caused a lack of harmony in the Edo governorship, which led to the routing of their candidate, Pastor Osagie Ize-Iyamu, who unlike Akeredolu, could not hold a final rally. But in what turned out as a reversal of scenarios, the cold war and infighting within the ranks of Southwest PDP, which preceded the nomination of Mr. Eyitayo Jegede, programmed it for the eventual loss on October 10. 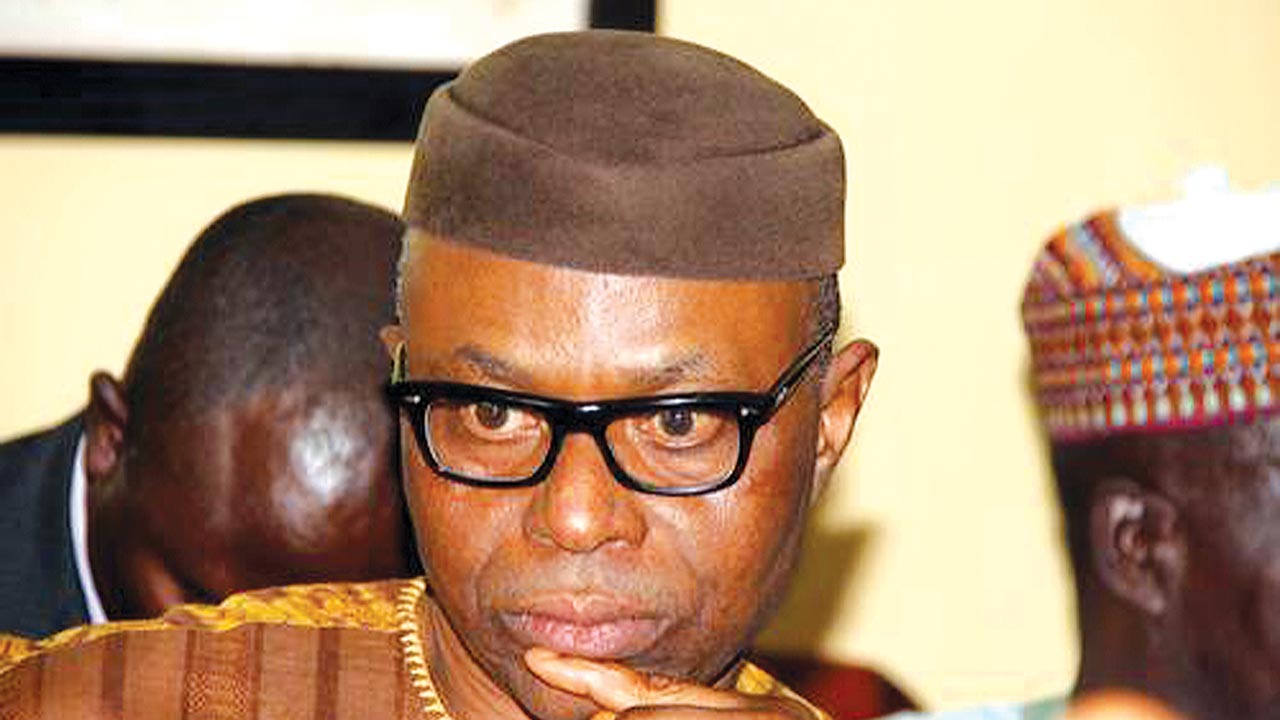 As if a carryover of the bickering within the Ekiti State chapter, which used to be PDP’s last standing outpost, Governor Seyi Makinde of Oyo State, who by virtue of his standing as the only PDP governor in the zone, could not agree with former governor Ayo Fayose on how to propel the zone to prominence.

Sources disclosed that the misunderstanding between Makinde and Fayose played out during debates and discussions over the rationale of gifting the incumbent Ondo State Deputy Governor, Agboola Ajayi, with the party’s ticket after he crossed over from APC. It was gathered that while the major argument of Fayose and other PDP stakeholders revolved on zoning arrangement in the state and funding capabilities, Makinde and some others insisted on a level playing field for the aspirants to slug it out in the party’s governorship straw poll.

Sources in Ondo alleged that Akeredolu, on learning that campaign funding deficiency would likely rob Jegede of PDP’s ticket at the instance of his estranged deputy, facilitated a lifeline for his former sparing partner in the 2016 poll, in the belief that it was not only safer to have a rematch, but also a good payback to frustrate Ajayi’s ambition.

It is yet to be seen from hindsight whether PDP was headed for defeat after Ajayi failed to get its ticket and veered off to Zenith Labour Party (ZLP) or by allowing the petty disagreements between its prominent stakeholders in the Southwest to rob it of cohesion.

Mimiko’s missed opportunity
PERHAPS, the greatest loser in the Ondo governorship was the immediate past governor, Dr. Olusegun Mimiko. Shortly after the last minute effort to patch up a political understanding between ZLP and PDP hit the rocks, some PDP leaders recalled how vaulting ambition to be his own man led Mimiko out of the party shortly after the 2016 election. Talks aimed at forging an alliance weeks to the October 10 gubernatorial poll brought Mimiko close to his former PDP colleagues, as they weighed the strengths and weaknesses of the gladiators.

During the talks, which many saw as a window of opportunity for the former Ondo governor to upscale his politics once again to the centre by aligning with the major opposition party, Mimiko rebuffed overtures to talk to his new political godson into stepping down for the PDP candidate, Jegede, on the strength of the party’s spread and campaign funding.

Sources said the former governor remained obdurate in his aversion to Jegede, stressing that he (Mimiko) kept asking the PDP standard bearer whether he informed him of his ambition prior to Ajayi’s deflection to ZLP.

According to a Southwest PDP chieftain, “When Iroko continued talking about zoning arrangement in the state, we reminded him that the situation was the same when he supported Jegede for the governorship in 2016.

“Although I was not in support of it, but when the chairman of PDP Governors’ Forum decided to bring in former President (Olusegun) Obasanjo, we thought that will make Mimiko budge, but he did not. He showed he is not a team player and only God knows how his political future will look now.”

With Product You Purchase

This widget requries the Arqam Lite Plugin, You can install it from the Theme settings menu > Install Plugins.